Denis was born in Trieste in 1992 to a family of musicians. He started his musical studies when he was very young. Being close to several bands, he was attracted by Percussion and soon he undertook very seriously and passionately his drumset studies.
He collaborates with different wind bands, brass bands and big bands, especially with the “Complesso Bandistico Arcobaleno” of Trieste, with which he performed also as a soloist in Italy, Slovenia, Croatia, Austria and Hungary.
Within the Arcobaleno Band he is in charge of the percussion section, coordinating and preparing it for all the performances, from indoor and outdoor concerts to parades.
His passion for chamber music led him to undertake also the study of other instruments as trombone, piano and guitar, always achieving remarkable results.

In 2007 he started his percussion studies at “G. Tartini” Conservatoire of Trieste. He has  taken part in many masterclasses with percussionists like Hans Leenders, Daniella Ganeva, Antonio Catone, Alessandro Carobbi and stages on Percussion and Percussion Groups in Italy and Slovenia, under the direction of important Maestros like Jan Van der Roost, David Short, Gedeon Jakab, Marco Somadossi and Johannes Stert.

As a soloist, he has played with many wind orchestras and bands. He has also performed at the stables of the castle of Miramare (Triest) and at the EContemporary gallery, at exhibitions of contemporary artworks.

Over the past few years Denis  has collaborated as a timpanist and as a percussionist with “Teatro Stabile Sloveno di Trieste” and with many different groups, like “Les Musiciens d’Europe”, “Gruppo Percussioni Trieste”, “Nova Filharmonia”, “Orchestra Abimà”, “Trieste Wind Orchestra Project”, “Orchestra Civica G. Verdi – città di Trieste”, “Orchestra civica di fiati Città di Gorizia”, “Orchestra a fiati Val d’Isonzo” and the “Pihalni Orkester Sežana”; with these groups he has played in Italy, Slovenia and Austria.
In December 2014 he played with the “Kammerorchester Philharmonisches Berlin” (under the direction of Rimma Sushanskaya) in the Groβer Saal and Kammermusicsaal of the Philharmonie in Berlin (Germany), in the Gewandhaus of Leipzig (Germany) and in some Chinese cities like: Shanghai (Oriental Art Center), Beijing (Forbidden City Concert Hall), Urumqi, Qitai, Kashgar, Jinan, Xi’an, Yichang, Jingzhou.

In March 2015 he won the “Mitteleuropa Orchestra” timpani audition.

Denis has completed his studies of Percussion, at “G. Tartini” Conservatoire of Trieste, under the guide of Fabián Pérez Tedesco. He has achieved the diploma with highest marks and praise.
Currently, he is in the last year of a two-year Master, as an Erasmus student, at the “Haute École de Musique” in Geneva. 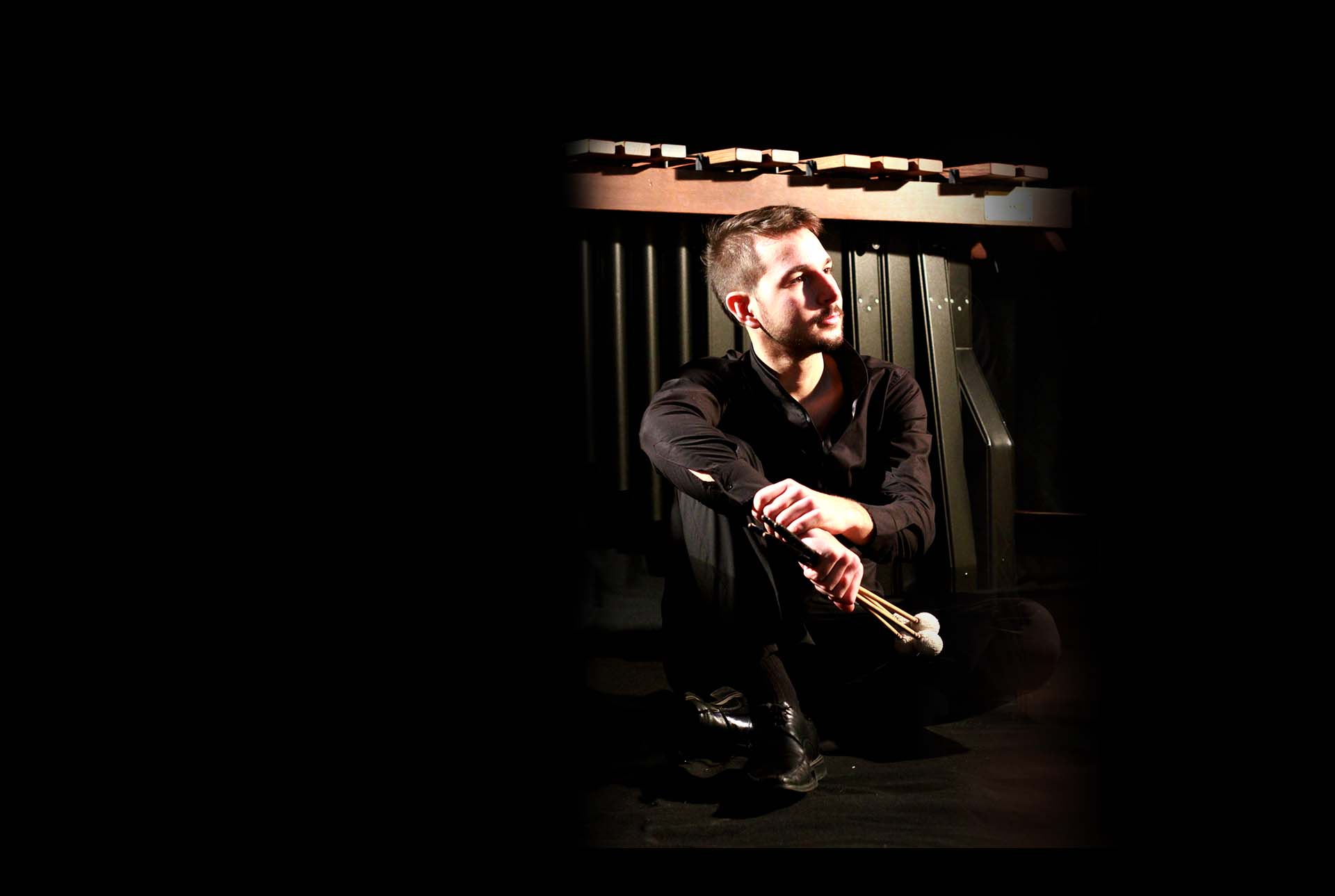