He was born in Triest in 1991 and since he was very young he has been attracted by the Percussion instruments. He started his Percussion studies at the Ricmanje Wind Orchestra of Trieste, with whom he has been awarded several important prizes in many Eupean countries as Spain, Slovenia and Italy.

At the age of 22 he completed with honours his Master studies at “G. Tartini” Conservatory of Trieste, under the guide of M° Fabián Pérez Tedesco. Due to his high Academic marks he was awarded one of the prizes to the best students of the Conservatory, as well as some scholarships offered by Ananian Foundation.

Thanks to the Erasmus programme, he went to study in Germany, at the “Hochschüle für Musik Freiburg”, where he studied with Maestros Bernhard Wulff, Tajiro Miyazaki and Pascal Pons. He has been a member of the “Schlagzeugansemble Freiburg”, taking part in a number of projects of experimental contemporary music.

His passion for opera and symphonic music led him to collaborate with the Orchestra of The Opera Theatre “G. Verdi” Foundation of Triest and the “FVG Mitteleuropa Orchestra”.

In 2012, the year of Maribor European Capital of Culture, he was chosen by the “Maribor International Orchestra 2012” (MIO2012) to take part in a tounée in Spain and Britain, together with many musicians from eighteen countries, playing in London, for the Summer Olympic Games 2012.

As a soloist he was awarded the Golden Award at the Svirel International Competition 2012 (Štanjel – Slovenia). He was part of the jury at the TEMSIG National Slovenian Percussion Competition.

Actually is Percussion Professor at the Middle School “Caprin – Valmaura” of Trieste. 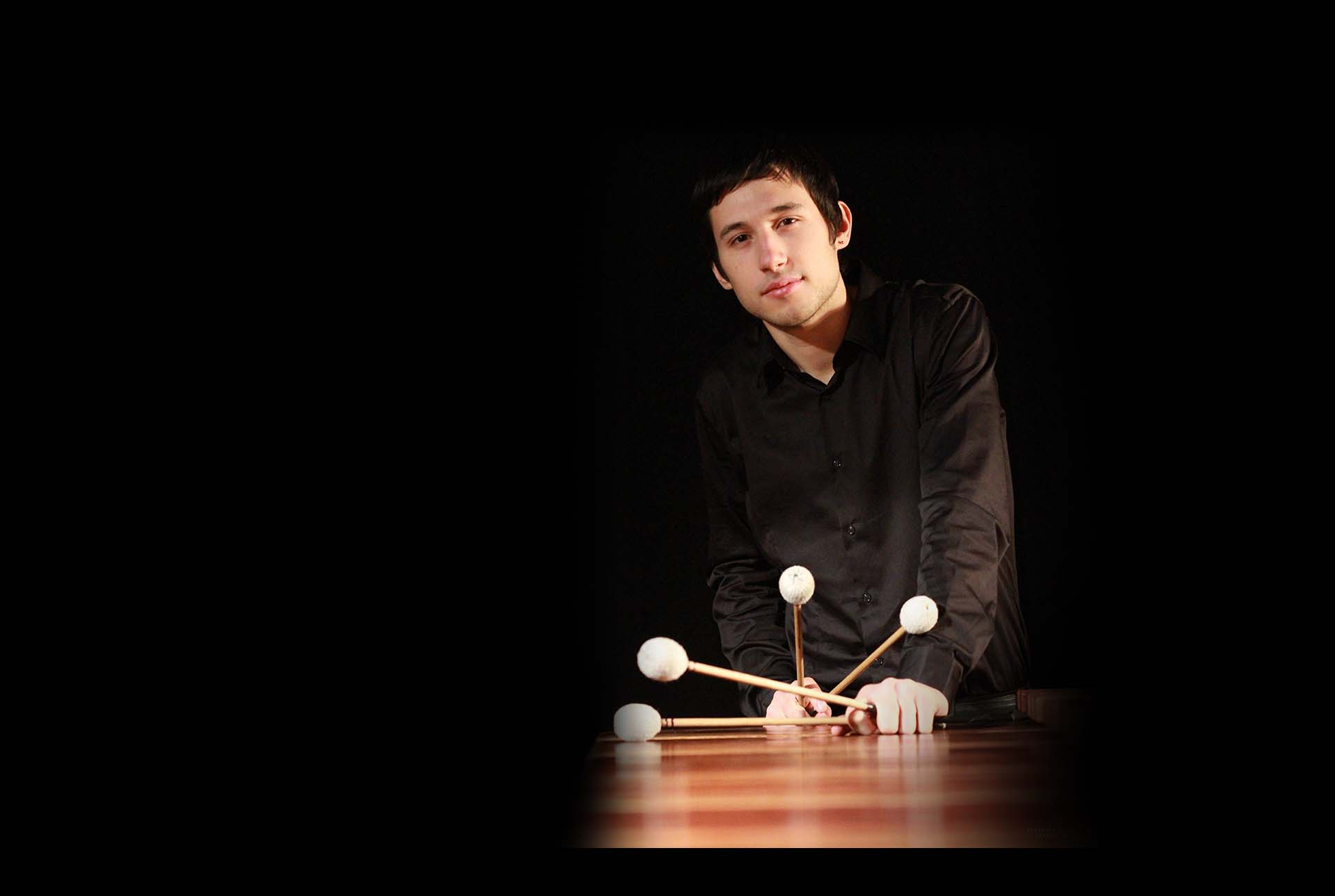