During their studies at “G.Tartini” Conservatory of Triest, Alex Kuret and Denis Zupin started to play together for fun, but they soon desired to explore an alternative and less known repertoire.

Their affinity grew more and more tight-knit, thus they started to believe in this group. In November 2012 the Zari Percussion Duo was born.

Very quickly the Duo became one of the most active young percussion groups in Italy.

Those prizes gave them the opportunity to perform in many Italian and Slovenian cities as Triest, Rome, Florence, Bologna, Livorno, Campobasso, Padova, Nova Gorica and Lubiana.

They have performed a concert that was broadcast live by RADIO TRST A, and have recorded for RAI FVG and for RADIO KOPER-CAPODISTRIA.

The Zari Percussion Duo like to propose regularely world or national premieres of new pieces.

Zari is also the name of a marimba Duet that the composer and percussionist Fabian Pérez Tedesco has written for them. 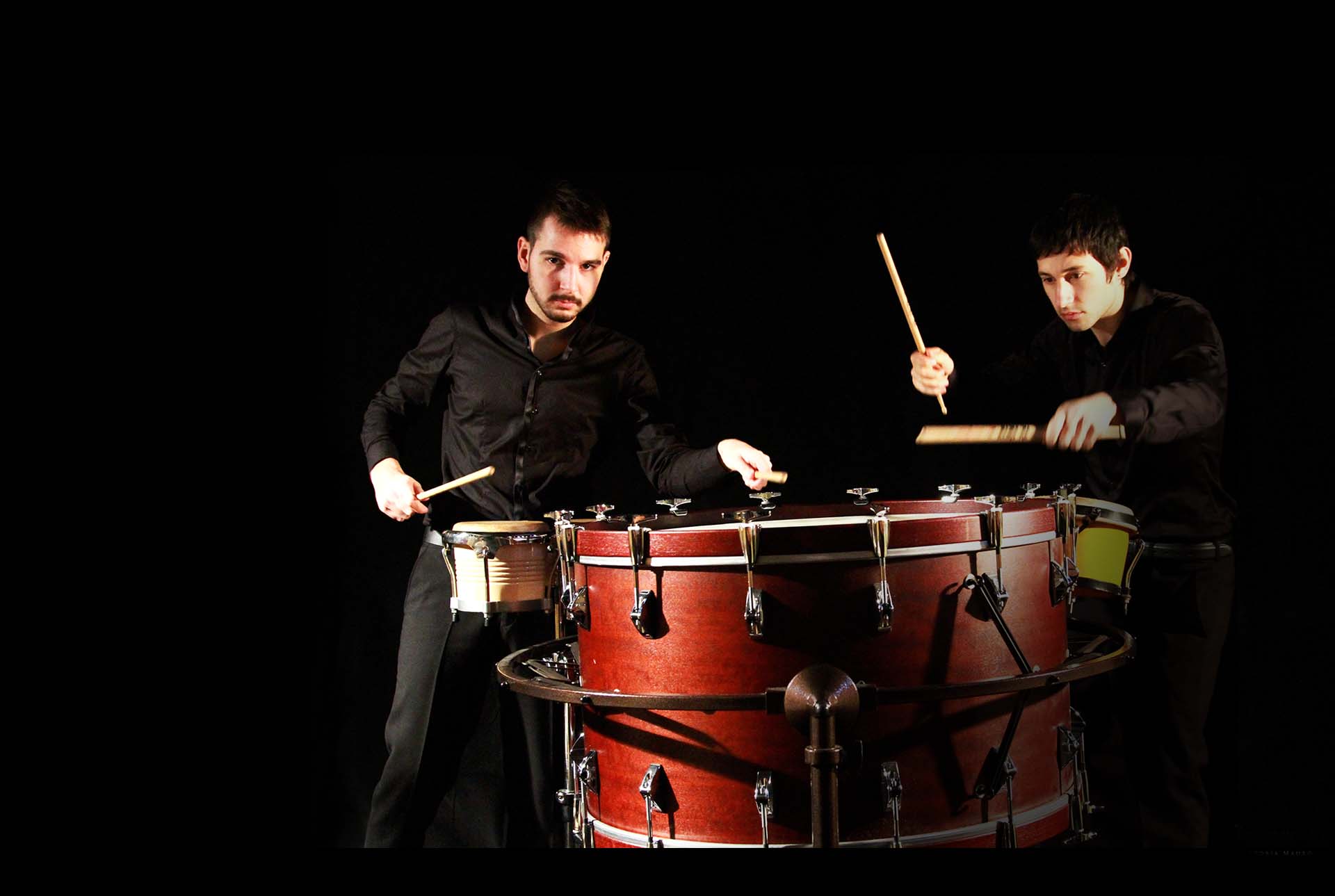